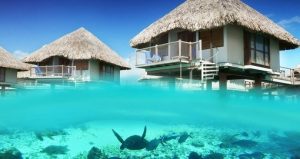 Already knowing what is meant to be passionate about travel. Knowing what and who you are. This knowledge gives us the direction and encouragement to travel which we don’t have. This direct engagement we have with travel gives us the zest to venture out of our homes, Greco-Roman ruins, Greek ruins, to taste the spices of far away, to sleep on remote beaches, to savor the cultures of people who live thousands of miles away, to glimpse the glories of places we have never seen before. This direct engagement reaps a lot of benefit.

It helps us to understand other cultures: to get to know their cultures, their rituals, their music, their dances, their food, their beliefs. At the same time it gives us an opportunity to interact with other people from our different cultures: to be part of a global village. As part of that global village we engage ourselves and others in a way that we may never do when sitting in our homes.

Global village volunteering gives us an opportunity to be more aware of different cultures: to better understand them, to bring to their notice what they do and their cultures, to encourage and foster an interest in the culture of others. We can do this by example, by telling the people who are following our trails that we are travelers, and by encouraging them to tell their friends that we went shopping in Bora Bora.

When the people who followed our trail did, we got more information on what we followed. We had more conversations about what we saw and what we talked about. We were part of a group, and we made decisions together. We brainstormed and decided on what we wanted to do while we were in Bora Bora. We made decisions about what we would eat and what we didn’t eat. We shared many meal stories and pictures and allows us to know more about the people we met on our trail. We were more willing to share with each other and now, even more of us are signing up to go on our combined trip in the New Year.

When we first arrived and were trying to get information on how to get to Bora Bora, we were told that there were no vehicles available. Today, however, we were more than excited to see people loaded and ready to go. We were told that there would be a briefing and then a ride to the “tourist village” where we would all meet up. We didn’t get to the briefing until after 3:30. At the allotted time, several vehicles were bumped from their spots and a tour was provided of the Bora Bora Island. What a beautiful bustling village from a distance! We saw several different nationalities and there were even a family of Samburu villagers with 8 children and 2 women, plus other scattered people. The ability to live and work together in a village setting is a wonderful thing.

Some of the people we met have been here for more than a year. Old people, women, the elderly, the infirm and the sick are all there, as well as the two amazing llamas! The village we went to was on the island’s southwestern side, which also houses a National Park called Ma’aina wee Mari. We had a great lunch at Kaina Miihuana, a traditional Samburu village located on the ocean side of the island. We toured the museum and then the village houses many traditional craftsmen and women who still live according to their ancient cultures. Their handicrafts include woven mats and basketry, but their main product is the meatloaf, a traditional hearty meat dish served all day long.

There are more than 20 other Samburu villages in the island. Our lunch stop was the Nggela Bay Village, which is located on the eastern side of Bora Bora. This is the only tourist center in the island and an excellent place to pick up some great fish and lobster. We stopped for lunch just outside the village as the sun had set and the lighthouse was still shining. The lighthouse could be seen from almost anywhere in the village as it was beautifully lit. After our filling lunch we sat down to wait for our next stop, which was the Ang Vaw village. The town of Vaw is the center of agricultural work in the island as it is the center of the seeding market, and they have huge water storage tanks which were quite impressive to see. The central part of Vaw has these charming rowboats, passenger boats and canoes which are used to attract tourists to the town. We arrived just as the fishermen were returning with their catch from the open sea. The local residents were assisting them as they put the squid into baskets and loading them on to boats. We watched them returning with their reluctant catch, laughing and exchanging stories as they packed their baskets with squid.

The squid arrived at the mouth of the fisherman, who was carefully putting them into baskets.